After what seems like a never ending series of delays, we are now on the verge of Pensions Dashboards becoming a reality, something that many thought could never happen for a variety of reasons. Staged onboarding will commence sometime in 2023, the latest estimate being by 30 June for the large master trust schemes, with others following. But how successful will this prove to be?

It’s all about the data

The technology solution to enable Dashboards is now largely agreed and the infrastructure in development, if not complete. It’s the next stage, however, which many believe to be the most important aspect of Dashboards, and which will determine the extent to which they are deemed a success; say hello to our old friend the data. For over ten years now data has been the most talked about issue within the administration world, from TPR common and conditional requirements, to derisking, to GMP reconciliation and equalisation and to eventual end game planning. We can now add to that list “dashboard ready” data.

The Dashboards’ requirements are unprecedented in the pensions industry. Trustees and other stewards of pension arrangements have never before had to provide current personal data and projected income values held for individuals, electronically, upon demand, for viewing through a public online portal. Since the pensions industry has never established any standard means of sharing data between schemes, administrators, providers and systems, this represents a major project in itself.

The data requirements have been set out by the Pensions Dashboards Programme (PDP). The first data is what is being termed as the “find data”, this will enable individuals to be matched to their pensions. This is key common data of name, gender, address and NI number. If schemes have been adhering to TPR’s targets then there is little excuse for this data not being in a fairly healthy position.

Once the matching has occurred the Dashboard is expected to return “view data”, which includes the individual’s pension arrangement, name of provider and contact details. Again, this should be straightforward.

However it is the final part of the view data that will challenge most schemes and providers - the provision of pensions value data, or Estimated Retirement Income (ERI) as we are coming to know it by.

For Defined Contribution (DC) Schemes the provision of a value should not present a huge problem; schemes should already be providing annual values to members so the most recent of these can be called upon to feed the Dashboards. The ERI can be up to 12 months old and should be updated at least annually.

Too late to automate now

For those in the Defined Benefit (DB) space the lack of automation of calculations is a long held frustration for many. Too many schemes and providers have simply chosen not to invest in systems and resources that allow maximum automation - Dashboards may well be the tipping point for such schemes. In fact, some schemes still rely on data that is held on paper or old record cards. Of course, many will argue that automation has been held back by poor quality data, but TPR first brought data to the table in 2009 so schemes can’t say they have not had the time. I would argue that it is now too late to be correcting data and starting to automate - the horse has bolted.

There are of course schemes and providers out there who have high levels of automation in place already and are in a position to provide dashboard ready data for most members. These will typically be schemes administered on modern platforms that are free of the restrictions placed on so many of the legacy platforms that still exist. There will always be a portion of the membership where data is not complete and for these schemes it should be possible to try and address this before they go live.

All roads return to data

If they have not already done so, trustees and employers should be seeking confirmation from their providers of how “Dashboard Ready” their data is. If the answer is don’t worry, we’re all good, then I would suggest this is challenged and evidence sought as to the integrity of the claim. If that is the case, then presumably these schemes are already providing their members with online access to self-serve and to run benefit projections? Something does not stack up and it all leads back to our friend, the data.

Click below to read our other Pensions Dashboards blogs:

Dashboard Identity – how high is the bar? (spenceandpartners.co.uk) 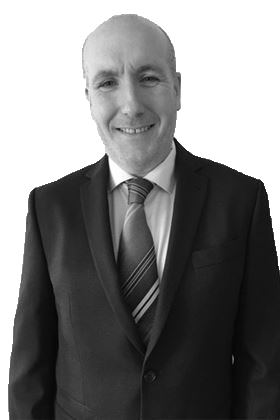