It’s been over a year since trustees have been required to produce Implementation Statements to meet new pension disclosure requirements. One of the aims of these statements is to encourage trustees to be more engaged with fund managers in implementing their stewardship policies through the investments they make. Has this worked?

Before attempting to answer this, let’s look at some of the challenges being faced in the production of these statements.

Initially, this proved to be a challenge for some fund managers as they struggled to cope with the significant demand for such information. Over time, there has been a notable improvement in the level of data being provided. This goes from data on voting statistics and significant votes to engagement information.

Despite the improvements we have still seen many fund managers providing generic firm wide information, rather than fund specific data. Whilst this is better than no information, it still makes it challenging for trustees to determine if their policies are being followed for all of their holdings.

Trustees are making assessments on whether their voting and engagement policies are being followed based on limited information being provided by some managers. It is assumed that the data being provided is representative of the voting and engagement activity by fund managers. Whilst this may or may not be an accurate assessment, it does raise questions. Is the data being provided being cherrypicked in some way to make the manager look good? Is something that is against the trustee policy being withheld to avoid any challenges on it?

Ideally trustees should have details of all votes and then make a decision on whether the vote is in line with their own policies (even if the fund manager’s policy has been adopted). This would remove any biases of the fund managers. However, in practice this could be difficult due to lack of data from the fund manager, lack of trustee expertise to analyse such data or the costs involved of using a third party to do this.

Most of the engagement so far has predominantly focused on obtaining information from the fund managers to try to understand what happened over the year. However, new regulations and the draft guidance on stewardship reporting from DWP all point towards more engagement rather than ‘box ticking’ compliance. Therefore, trustees need to ensure managers are being held to account and whilst an individual scheme may not have the power to influence a fund manager, there are bodies such as the Association of Member Nominated Trustees (AMNT) who have set voting policies that trustees can adopt and use to engage more actively with fund managers.

So going back to the original question – has it worked?

My view is that the production of implementation statements has encouraged more trustees to take their stewardship responsibilities more seriously. However, more work needs to be done to ensure that trustees’ voting and engagement policies are fully implemented in the investments they make. 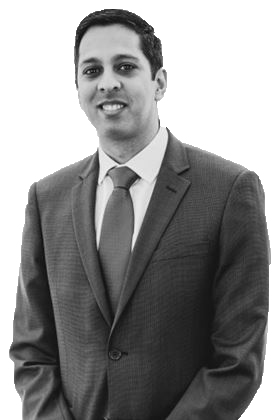 How did ESG focused equity funds perform in 2021?

Going back to the future – are we heading for a 1970s style economy?

What’s next in the DB landscape?