Skip to main content
Spence & Partners latest blog for Pension Funds Online - Contracting Out on a final salary basis will end on 5th April 2016, it will have partnered pension schemes for 38 years. Its loss will be felt no doubt, but, as with any break-up, it's preferable to leave on amicable terms. It may seem a little odd to think of this as a break-up but April 2016 is the point at which two entities, once very much intertwined, go their separate ways so it seems like an appropriate narrative. HMRC will leave to focus on the new Single-Tier State Pension and the scheme will be left with their GMPs and more money to find. This is the time to understand exactly what the break-up means, what decisions need to be made and how to break the news to the members. National Insurance contributions are being increased from 6th April 2016, the new Single-Tier State Pension is being introduced and HMRC letters will be issued in December 2018. NI contributions will increase 1.4% for employees and 3.4% for employers. While the costs of this for on-going schemes should be easy to assess, how to balance the scheme budget is much more difficult. Members are going to notice the change in their take home pay so someone needs to break the bad news but before this is done, trustees and employers need to make sure they are ready with all the answers. Decisions could range from just absorbing the impact to introducing salary sacrifice, cutting benefits, increasing employee contributions or even ceasing accrual entirely. Employers can usually change the scheme rules without Trustee consent in this instance but communication requirements still apply. So far, so (fairly) obvious but what about the new Single-Tier State Pension? Schemes might wonder what HMRC'S 'new partner' has to do with them and the answer is more than they might think. If the scheme relies on current HMRC statistics being there when they need them, this won't be the case after April, e.g. Earnings Limit figures and the Basic State Pension. These can all affect the benefits so scheme documentation will need to be reviewed well before April 2016 to see exactly what HMRC is taking with it when it walks away. One particularly interesting point here is that the state will no longer pay any 'top up' increases on pre or post 6.4.1988 GMP for members who reach State Pension Age after April 2016. There it a possibility that the scheme may become liable – or this could lead to a loss of lifetime income of up to ?23,000 for a woman and ?18,000 for a man. There is also talk of the need of a 'sense of closure' and HMRC are offering this to schemes in the form of the Scheme Reconciliation Service (SRS) which allows schemes to check that their records are correct. This will apply equally to open and closed schemes, even those who have already gone through a GMP reconciliation process. However, this is a limited time offer with formal HMRC scheme support disappearing at the end of December 2018. GMPs are being left with the scheme and with GMP equalisation (still) on the horizon now is the time to make sure they have had all the attention they need. In December 2018 HMRC will send a detailed communication to all individuals who have contracted-out liabilities and who have not yet reached State Pension Age. This communication will direct individuals directly to the scheme with any queries they have, possibly triggering a flood of questions. So, how to tell the members about all these changes? Firstly, the scheme and HMRC must be agreed on what the changes mean and what they will both be doing after the break-up. Then this must be communicated to members in a way they understand. There are changes here that are difficult for non-pensions professionals to understand so it will need to be carefully done. So where should that leave the scheme at the end of 2018? Re-invented, with happy members and truly independent. So there is it is, breaking up is hard to do as the song says, but don't look back in anger. (I, on the other hand, am looking forward to celebrating my 25th wedding anniversary this year). Pension Funds Online – 16/01/2015 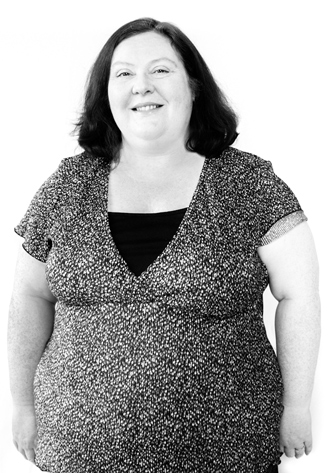 BA Get In Touch