I just spent a happy hour trying to turn a set of defined benefit (DB) scheme rules into something a non-pensions expert would understand. To be fair, a colleague had broken the back of the task by extracting the key elements from the scheme rules and the member booklets. Heaven only knows why, as an industry, we think that people will understand this stuff?

Member booklets tend to be summaries of the scheme rules written by pensions technicians, rather than communications experts. The language in booklets is usually less formal than in scheme rules, though sometimes still too complex. Booklets usually come with a ‘health warning’ that the rules prevail in the event of discrepancies. It is against this backdrop that the ‘bad’ language can creep in; e.g. commutation, accumulation, and other nasties.

As the UK average reading age is 12, the language, at least in member communications, needs to be clear and concise to help aid readability and understanding. But there’s also a problem in that, regardless of how much you try and simplify, you eventually hit the law of diminishing returns with the written word. The very construction of the benefits means they are always going to be hard to describe with ease.

So, what else could we do to help people understand their workplace pension?

A picture is worth a thousand words

It’s proven that narrated animations help convey complex ideas. Rather than only trying to get ideas across in writing, which works for some people, but not others, how about a short animation or video?

Many people now get their information mainly from video, whether it’s news on Google, music on Instagram, dance moves on TikTok, or instructions on YouTube as my 25 year old niece assumed when she found me working on installing a new shower!

From my own experience, a suite of decent animations can be had for around £8,000. Hook them up to a QR code and bingo.

When working in a previous business, we had a website that explained all sorts of features of a DB scheme, including death benefits. We had analytics running, and spotted that people spent more time on the death benefits page of the site than anything else. We reckoned people must be really interested in what happened to their pension when they died. But when we asked them, we discovered that in actual fact the reason they spent so much time on that particular page was because they couldn’t understand it!

That prompted a thought. If people are going online to better understand their benefits, why not take advantage of what we could deliver digitally. We ended up building a scheme specific “what if” for death benefits. Instead of just pasting the rules onto a web page, we built a set of conditional questions around the scheme’s rules.

Using the answers, we could serve up exactly the scenario for the member based on their personal situation, meaning that members didn’t have to work it out for themselves.

What did we learn? DB pensions are complicated, so let’s make them simpler to understand. 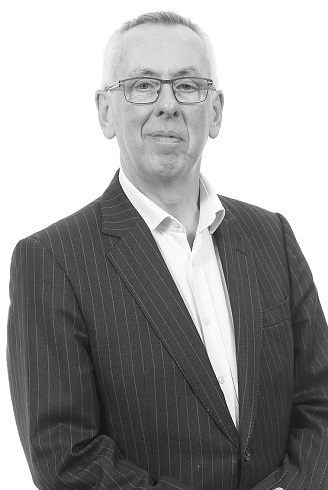