Skip to main content
Christmas presents? Fine. Out of season clothes? Sure. Those trainers you bought two years ago that you’ve worn once but you’re definitely going to go running with again? Absolutely, chuck them out. How about your retirement savings? Under the bed!? Surely not. As the Brexit splash continues to ripple through the economy, we are now facing the very real possibility of the UK joining the growing club of major states with negative base interest rates. In terms of pension schemes themselves, this won’t be a significant shock – they have been feeling the pain on their funding levels for a number of years with the low interest rate environment. Putting a ‘–‘ in front of the base rate isn’t going to shock schemes who have been seeing the number behind the ‘–‘ in their funding results growing year on year. Their pain will continue, but it’d hardly be a game-changer in the current environment. The group that could truly be shocked are savers, and in particular, pensioners. To finally make some sense of my opening, Ros Altmann reacted to the news that Natwest had warned corporate customers that they may have to charge interest on accounts in credit, should the Bank of England dip the interest rate into the sub-zero waters. Should that happen, many will anxiously wait to see if those charges seep across to personal savings accounts too. If that levee were to break, the outgoing Pensions Minister said “the danger is many people will just think, “I’m going to put the money under the mattress.”” In truth, pensioners have been feeling the pain of low interest rates for some time now, right across Europe. Despite showing real patience – or perhaps acquiescence – with little to no returns, surely those same people would jump into action if their savings actually started to shrink. For many, it could be the watershed moment and see them rescue their savings and bring them closer to home. After all, if it’s good enough for the Commerzbank in Germany (who are reportedly considering shifting billions of euros to their vaults, rather than pay for the ECB to hold it under its negative rates) why isn’t it good enough for Joe Bloggs Snr. While it may be reasonable to follow the actions of a big bank with its hundreds of financial advisors, Mr Bloggs Snr is different – he doesn’t have a vault. Should pensioners take such action, there have to be real security fears for their savings, as well as their own health and safety. Beyond the concerns of large amounts of cash being under beds, there is also the real possibility that these concerned pensioners may be more susceptible to pension/investment scams, offering a safe haven with fantastic (aka. positive) returns on their savings, just like they used to have. Should negative interest rates come our way, the industry should be alive to these risks arising. Some may sneer and feel this is an overreaction. Some may say that it will never come to that. Well, we live in a world where Brexit is happening, Donald Trump is 270 electoral college votes from the White House and Leicester City are preparing to defend their Premier League title. Stranger things have happened… Baroness Altmann (or perhaps her successor) may yet have to fetch Workie out from under the bed. 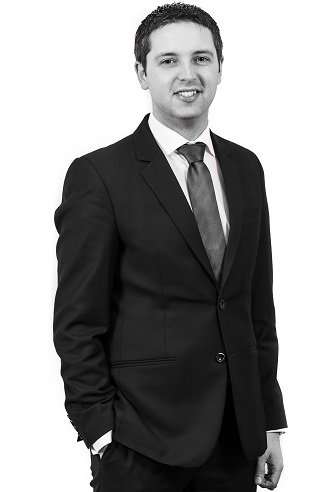 BL, AFA, LLB Get In Touch

Our journey to PASA accreditation