Skip to main content
It was Albert Camus, the existentialist Algerian goalkeeper and sometime philosopher, who said “It's no use reminding yourself daily that you are mortal: it will be brought home to you soon enough.” The huge amount of press comment on mortality recently has brought home its importance to life insurance companies and trustees and sponsors of final salary pension schemes. The position is additionally complicated for smaller final salary pension schemes as for them it is not only the risk that the assumptions being used are wrong but that the experience of their scheme differs very significantly from the average. Clearly the larger the scheme, the more diverse and regionally based the membership the more likely the mortality experience of the scheme is to match the socio-economic groupings of the population as a whole. Conversely, of course, the smaller the scheme the more likely it is to have experience which differs significantly from the whole. Primary research we’ve carried out in to what I have called ‘the small scheme effect is shown below.

In simple terms this research shows that even where the underlying mortality rates have been predicted correctly the smaller the scheme the more it could suffer from funding fluctuations as a result of the randomness of mortality. This reflects the two extremes that the scheme membership could all die considerably earlier than expected or live considerably longer. This raises a very difficult issue for scheme trustees and sponsors. In the latter case the scheme could be providing benefits for members for much longer than would be anticipated. This would mean that the ultimate cost of providing these benefits would be higher than anticipated, requiring larger contributions to reflect this. On the other hand should mortality experience be better than expected (by which I mean from the sponsoring company’s perspective) then there is a risk that the scheme would be over contributing for the benefits being provided. There would clearly be a concern on the part of the employer that should this happen there would be a risk of a ‘trapped surplus’, namely money held within the scheme over and above that needed to provide benefits which could not be returned to the employer. Our view therefore would be that, particularly for small schemes, this makes the use of contingent assets more attractive as it provides security for the scheme trustees and therefore the members as well as minimising the risk that the employer will over contribute. In addition as mortality assumptions in schemes are forced to strengthen the margin between the funding position of the scheme and the buy-out cost may narrow making the security of a buy-out solution more attractive. Improvements in mortality are generally unwelcome to sponsoring employers as they imply higher pension scheme costs however they need to be addressed or there is the potential to waste resources if the right future funding decision is not selected. Schemes could greatly benefit from carrying out a specific mortality assessment on their scheme to provide some additional insight. This is a relatively simple and inexpensive process which greatly assists in providing a basis for mortality assumptions used in funding negotiations and for accounting disclosures. As Bill Shankly, the Scottish philosopher and sometime football manager, nearly said, mortality is not a matter of life or death, its more important than that! 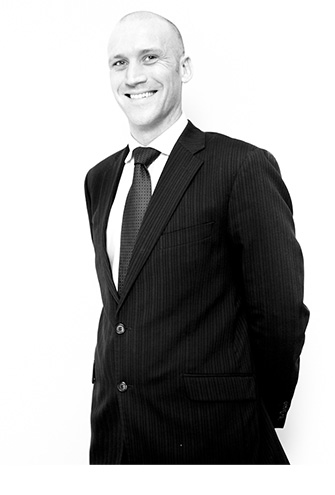