What would you think if your favourite football team replaced all of its players with those of one of its rivals? Would it still be your football team? Yes, the players are still undoubtedly good footballers, but it just doesn’t feel right. At least not yet.

Similarly, in news that has been widely trailed for some time, the Government will, from 2030, rip the heart out of the calculation routine for RPI inflation and replace it with the component parts of its preferred index, CPIH. In this way, the RPI Index can continue to be called “RPI”, but something has changed.

The historic RPI that we all know and love has actually been a poor measure of general inflation, at times greatly overestimating, and at other times understating, changes in prices. In recent years, RPI has been around 1% higher than CPIH, although the difference between the two measures has varied, as can be seen below. One of the reasons for this is an issue with the underlying calculation methodology, which ultimately led to the RPI losing its status as a National Statistic in 2013. 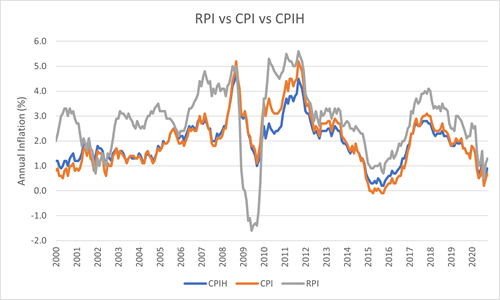 So, fast forward seven years from 2013. We now know that, as widely anticipated, RPI will be aligned with CPIH from 2030.

How did the market react?

Interestingly, long-term market expectations of inflation saw relatively little change. While some would argue this was the result of the market already “pricing in” the outcome of the consultation, it could be that we saw two opposing effects in action:

A further possible indication that markets may not yet be fully pricing in this change can be seen from the chart shown below. In particular, we do not see a dislocation in inflation expectations in 2030, which logic would suggest we should. 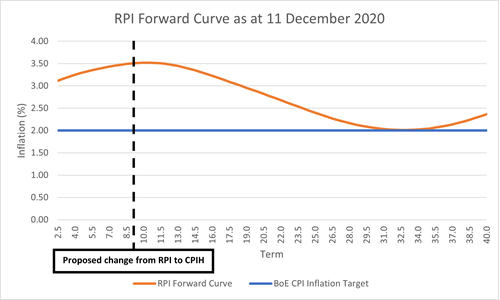 What does it all mean?

For pension schemes, there are two aspects to consider - assets and liabilities.

From a liability perspective, as there are no CPI-linked government assets, it has been common practice for actuaries to set CPI assumptions relative to market information on long-term expectations for RPI. Prior to the consultation, it was common to assume that the long-term gap between RPI and CPI rates would be around 1% a year. With RPI effectively reducing from 2030 and CPI unchanged, the gap between RPI and CPI will narrow. As such, actuaries will revisit their CPI assumptions to ensure these are not too low (which, if left unchecked, would lead to an understatement of liability values).

In addition, the increase in demand for index-linked gilts suggests that the premium investors are prepared to pay for inflation protection has increased. As such, the level of the Inflation Risk Premium actuaries use in deriving the RPI assumption will need to be reviewed.

However, there are positives. The greater certainty should help those schemes who might be looking at buy-ins and buy-outs; while schemes with CPI-linked benefits will find there are now long-term assets that are more closely aligned with these benefits.

Is there anything I need to do?

For trustees, we would suggest speaking to your Scheme Actuary, who should be considering whether changes are required to your Transfer Value basis and, potentially, the cash commutation factors. The valuation of your technical provisions may also need to be reviewed, although this could probably wait until the next valuation is due. In addition, we would suggest speaking with your investment adviser to refining liability hedging portfolios, where necessary.

Is this the end of the story?

Probably. While with 10 years to go until the changes are due to come into effect the position has room to develop further, with future governments inevitably having to manage a large public debt it is difficult to see the position being reversed, as this would lead to an increase in borrowing costs. 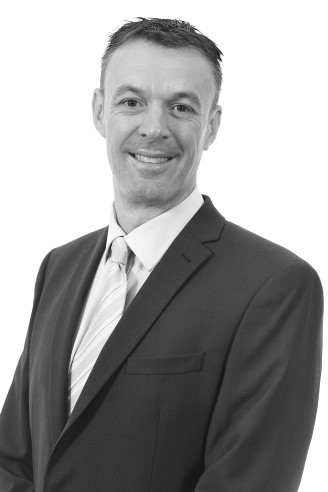