I have written and campaigned for many years about what I consider to be the inequity and unreasonableness of using a wholly nil risk gilts based assessment on exit from a local government pension scheme. My concerns were most recently outlined in prior Bulletins 36 and 44.

This was also a view supported in an independent analysis carried out by PWC for the Scheme Advisory Board (‘SAB’) published back in July 2015 which was pretty much ignored. It is interesting however to have recently witnessed some Funds, and their actuaries, chose voluntarily to move away from this flawed methodology.

In recent months I’ve witnessed some funds move to a probability focussed approach which is targeting an 80%-90% expectation of success, not the pseudo 100% level of the gilts only approach. Clearly an 80%-90% probability provides a very high likelihood of achieving a positive outcome.

This type of approach accepts some allowance for participation in likely future asset returns and gains from positive future member movements while still providing a level of ‘buffer’ to protect those employers remaining in the scheme. This seems wholly fair and balanced to me. 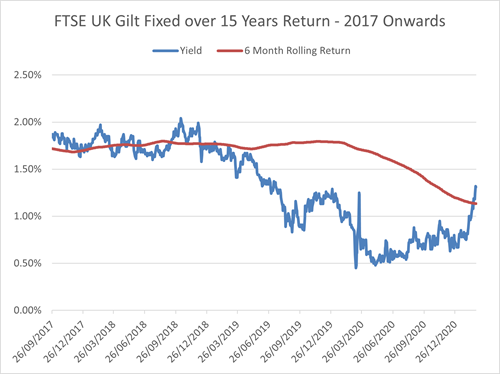 Over that period I witnessed one client move from a cessation debt of around £350,000 towards the end of 2019 to over £600,000 in mid 2020 to only around £10,000 in February 2021. The client was down to only one staff member at that stage and had they left service the employer would have had no choice other than to accept the figure as calculated. This really represents a complete cessation lottery as had the charity been forced to exit mid 2020 the Fund would effectively have benefitted from an additional £600,000 of assets over the 2021 position! I can clearly understand why Funds may be reluctant to change the current approach for that exact reason – Turkeys voting for Christmas springs to mind!

Using the new probability basis I’m witnessing debt reductions in the 25%-50% range (though some of this may be due to improved assets positions). The level of debt payment required in some cases can still be substantial, providing additional security for the Fund employers, but it is potentially more affordable.

What does however continue to surprise me is that only a small number of funds have chosen to move in this direction. All the UK Funds are advised by only four actuarial firms and yet advice from these firms is now inconsistent between the Funds they advise.

Undoubtedly the introduction of the new deferred debt agreements (‘DDA’) in England & Wales (and likely in the new year in Scotland) will also greatly assist with exit flexibility for admission employers, as indeed will the broadly improved funding position across LGPS as a result of above expected levels of asset returns. However, even with DDA’s they will be targeting an ultimate level of cessation debt at a point in the future and funding for that so movement to a consistent and more balanced cessation calculation would also be relevant in these cases. Indeed if cessation debts were on a more equitable basis it could encourage exiting employers to chose debt spreading agreements over DDA’s given the level of additional certainty that would entail.

I really must commend the Funds, and their actuarial advisers, who have already moved to this more enlightened approach however would urge the LGPS SAB’s to encourage this to be adopted as a more consistent approach across Funds.

A small crack in the dam - LGPS Bulletin 51