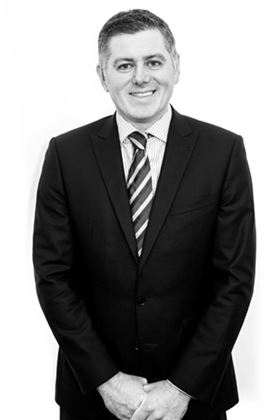 Alan worked for a number of large multi-national consultancies before joining Spence in 2010.  Alan is a Director at Spence and is Head of Trustee Advisory Services.

Having achieved a 1st class honours degree in Mathematics and Physics from Glasgow University, Alan has now worked in the pensions industry for over 15 years.  Alan became a Fellow of the Institute and Faculty of Actuaries in 2006 and has held a Scheme Actuary Practicing Certificate since 2008.

Alan provides actuarial, funding and investment advice to the trustees and sponsors of numerous ongoing defined benefit schemes, of various asset sizes with assets of up to around £200m.  He focuses on asset allocation advice and on modelling future outcomes based on various investment scenarios and future cashflows in and out of the schemes.  Alan has a particular interest in diversified growth strategies and liability driven investments and has recently completed a number of insurance company buyout projects.

Among other areas, Alan is interested in the benefits that the application of technology can bring to the pensions market, releasing actuarial, and consultancy expertise to work collaboratively with sponsors to focus on planning for the real challenges that schemes face in future.

In his role prior to joining Spence in 2010, Alan provided advice in relation to the schemes of a number of large PLCs and multi-national organisations.

Over recent years, Alan has contributed articles to publications such as Accountancy Age and PMI magazine.  Alan has also presented at a number of industry forums and presented to the Institute of Chartered Accountants Scotland Pensions Conference on State Pension Reform.