The term “ally” is reasonably new to me. Whilst I have known many people in my life from the LGBQ+ community, it’s only in recent years that I’ve really understood what it means to fully embrace them in my life.

Growing up in rural Northern Ireland, I had never come across a member of the LGBQ+ community, not one that was out anyway! However at 19, I packed my bags and moved to what is affectionately known as the gay capital of the North of England, Manchester. I knew from the very first moment I stepped foot in the city that I felt at home. The warmth of the people made up for the lack of warmth in the air! I have so many fond memories; from my very first pride weekend to the heart-warming, yet heart-breaking moment my best friend at university told me he was in love with a man but didn’t want to be known as gay.

I won’t preach at you what I think it means to be a “good ally”. But I will share with you what it means for me, in my role as HR Business Partner for the 3173 Group (which includes Spence & Partners) and in my personal life. Many of the qualities of an ally are those key qualities I would pride myself in having with my colleagues, my friends or both.

Take an interest in others and in their lives. This includes the challenges they may face as a member of the LGBQ+ community. It can be a difficult pill to swallow at first that as a straight person, I have a certain amount of privilege around my sexual orientation and my gender. I don’t need to “come out” as straight, or female. I spent a lot of time, and I still do, educating myself about the challenges my LGBQ+ friends can potentially face. Better understanding them and the challenges they may have to overcome helps me be a better friend and in turn a better ally.

Stand up for them. Once I came to terms with my privilege, I saw it for what it was - an advantage I had, that others aren’t afforded. Challenging other people’s privileges and biases (in a respectful way of course) is how I go about it. It started with my university friendship group who used the term “that’s so gay” on a more regular basis than I care to admit. But I have also had challenging conversations with family members who have had their own biases to deal with.

Be honest, with yourself and with others. If I don’t know something or understand a new phrase or term, I will ask about it. I know in the past I would have been afraid of saying the wrong thing or offending someone. However, what I’ve found is that as long as you have the right intentions and ask in a respectful manner, people are always happy to educate and share. And you might make a new friend in the process!

Come out… as an ally. Having a voice for a community that can need it at times is a powerful thing.  Allyship and friendship, what’s the difference? For me there isn’t one. That’s just for me, you may have your own relationship with being an ally. One of the qualities (although there are too many to mention!) I admire the most in my LGBQ+ friends is their bravery, in what they have gone through and what they have faced, most of which, my 19 year old self had no idea about.

So consider this my coming out statement: I’m proud to be a LGBQ+ ally (and friend!) 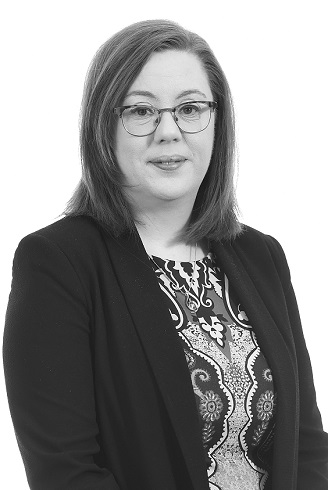