Skip to main content
Brexit. The fog of uncertainty. Political claims and counterclaims. Arguments between those with rose tinted glasses (both on the remain and leave sides of the argument) on what the Brexit outcome might be. Cutting through this there is a fundamental question. What, at the end of the day, does a pensioner living abroad have pretty high on his or her wish list? I might put a small wager that continuing to get their pension paid is not a bad guess at the answer. So, what are the issues around pension payments? Government alerts have flagged possible difficulties in making payments to EU based pensioners on Brexit, following the loss of access to the EU ‘passporting regime’. As far as trustees are concerned, loss of access to the regime means that they face uncertainties over how payments will be made, potential delays in payments and increased costs of such payments. These issues need to be thought about by Trustees when considering the risks to the scheme and have been highlighted in the Government’s economic analysis. If the payroll costs of paying EU based pensioners increases, then trustees will also need to consider who will meet the cost of these additional charges, the Scheme or the Member. A further concern is an increase to the processing time and the potential issue of difficulties of EU based pensioners relying on a UK based bank account for accessing their funds. So, with this in mind, what do trustees or administrators say to pensioners when they ask that very relevant question, will my pension payments be affected? To date, our experience is that Brexit has not created a rush of phone calls from pensioners living in the EU worried about their pension payments but, as we head towards 29 March 2019 and there is clarity over what might, or might not happen, being prepared for the question is important. Perhaps saying nothing, or we don’t know, is the answer. However, given warnings from the Government on potential difficulties in making payments to EU member states, whether or not trustees decide it is appropriate to communicate with pensioners at this stage, they should at least consider the issue and have something in the back pocket. At least they will be prepared to explain why it is difficult to give a definitive answer. It may not be an answer that gives a lot of comfort, but it is an honest assessment of the situation. A consideration, for trustees is whether there is sufficient information to add value to their pensioners by a wider communication now, or whether a communication should be delayed until they have more certainty on the issues. Whatever trustees decide, they should prepare a list of potentially affected members, so they are in a position to communicate quickly, if they decide to communicate with these members. 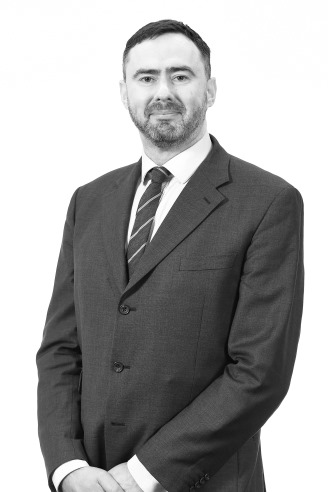