After the UK officially left the European Union (EU) on 31 January 2020, the 11-month transition period began for the two parties to try and reach a trade deal that would avoid a tumultuous finale to the five-year Brexit saga. Talks have continued beyond the original mid-November deadline for a deal and there are now less than five weeks until the official break on 31 December 2020.

The Office for Budget Responsibility (OBR) provides independent and authoritative analysis of the UK’s public finances and has forecast the long-run hit to economic output due to Brexit at 4% versus staying in the EU. This assumes the UK leaves the EU with a typical Free Trade Agreement (FTA) in place.

Representatives from both the UK and EU are signalling that good progress has been made towards agreeing an FTA, however, they are still leaving open the possibility of a no deal. Chancellor of the Exchequer, Rishi Sunak, recently said that the UK would “not be stretching for a deal at any cost”, whilst the EU's chief Brexit negotiator, Michel Barnier, said “fundamental divergences still remain”.

Given the lack of consensus and looming deadline, the OBR revisited its Brexit forecasts after deciding the prospect of a no deal exit remained a risk. Its Economic and Fiscal Outlook report on 25 November 2020 forecast a long-run hit to output at around 6% if the UK left the EU without a deal, 2% worse off than the central case where a typical FTA is agreed. This was very close to the average of multiple other studies, where an FTA arrangement caused a long-run hit to GDP of 4%, compared to 6.1% under a no deal exit and deferral to World Trade Organisation (WTO) trade rules.

UK stocks have underperformed nearly all their major peers since the EU referendum in early 2016 as investors put their money to work elsewhere. Despite a massive central bank-fuelled rebound in global stocks this year, the FTSE 100 is up just 1.5% since early 2016 levels versus a nearly 80% gain for the S&P 500 and a 50%-plus rise for world stocks. Brexit’s impact on the UK economy may have already been priced into markets, however, a no deal exit would bring renewed negativity and would undoubtedly lead to another period of underperformance.

Inflation is forecast by the OBR to jump 1.5% in the event of a WTO outcome as a weaker exchange rate, tariffs and non-tariff barriers all raise consumer price levels. This would increase the liabilities of defined benefit pension schemes that are not fully hedged against rises in inflation.

Despite the risks that present themselves as a consequence of Brexit, the hope is that an orderly exit, coupled with an FTA with the EU, will mean any downside will be short-lived and the UK can build strong trading relationships with the rest of the world. As of 27 November 2020, the UK has trade agreements, or agreements in principal, that will come into force on 1 January 2021, with 25 countries or trading blocs worth a total of £166bn in trade of goods and services. Notable trade deals include with Canada (worth £22.4bn in trade), Switzerland (worth £37.1bn in trade) and most recently the UK-Japan Comprehensive Economic Partnership Agreement (CEPA) signed on 23 October 2020 (worth £31.6bn in trade). If the UK continues to secure positive trade deals it will be supportive for the economy and boost domestic equity prices.

Trustees should be mindful of how Brexit related risks could impact their schemes in the coming months and work with their advisors to ensure their asset allocation remains suitable. 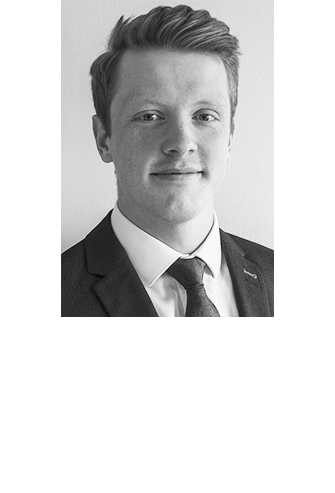