The publication of new Data Management Plan (DMP) Guidance from the Pensions Administration Standards Association (PASA) reminds us that the issue of data really needs to be pushed up the trustee meeting agenda. In fact, The Pensions Regulator (TPR) has recently focused keenly on data, and has already acted in demanding the trustee boards of over 400 schemes take action where data management has proved to be unsatisfactory.

The PASA Guidance sets out, at a high level, the purpose of a DMP and the information it may be expected to include (see the illustration below) and covers the importance of data security. The Guidance does not include an actual template but has all the information needed for trustees to produce a bespoke DMP for their scheme. Its substantive content is very succinct at only around eight pages long. 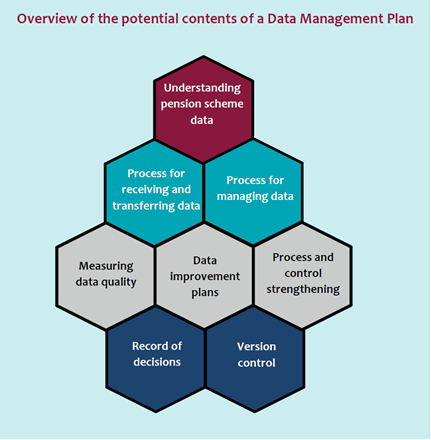 Good data is more than a ‘nice to have’

It feels like the industry has been talking about data for an eternity, yet it really was only back in 2010 when TPR published its initial guidance on record keeping. Since then, we have become very used to the terms common and scheme specific (or conditional) data. Good data is now a continuing imperative as opposed to something that trustees only prioritise when, for example, buying out liabilities. The risks of bad data can:

It is becoming more and more critical for data to be complete and accurate for a scheme to meet all of its obligations, whether that be to pay members the right benefits at the right time, dashboard readiness, GMP equalisation, liability management exercises and eventual buy out of benefits.

A DMP is a critical scheme document and forms part of good scheme governance. Its implementation offers a means of documenting the data held by a pension scheme and a policy for managing it effectively. The information in the DMP should be integrated with the approach trustees are taking in respect of data as part of their wider risk management framework.

So where does the responsibility lie?

It will be interesting to see who picks ups the baton here to take this forward. Ultimately, it is the trustees who have responsibility for their data. But it is surely incumbent upon their administrator to shape how their DMP is going to look. They are the ones closest to data, who are reporting on it annually and who should know it best. Working with other advisers, administrators are best placed to at least draft the first version of a DMP for discussion and agreement with the trustees.

While a template could be a starting point, it is expected that every DMP will differ. Each scheme has different data issues, some very unique and sometimes longstanding, and each is on its own path towards some sort of insurance at a future date. It is likely that in many cases, the bones of a DMP already exist. It will simply be a case of pulling together parts of certain key documents and plans to form the DMP.

Not a quick fix

To be successful, it is crucial that those taking responsibility do not view this as a one-off job that ticks a box and can then be forgotten about. Once in place, the DMP should form part of the ongoing governance of a scheme, being regularly reviewed and updated by  trustees and advisers. It should have clear actions and objectives against which progress against can be tracked.

Hats off to PASA

It is refreshing to again see PASA stepping up and leading the industry forward in such an important area. This Guidance comes on top of that previously issued on issues such as GMP equalisation, Dashboards and Data, some or all of which should feature in the DMP of most schemes. So it is now over to the pensions administration providers to take this forward and embed DMPs alongside GMPs! 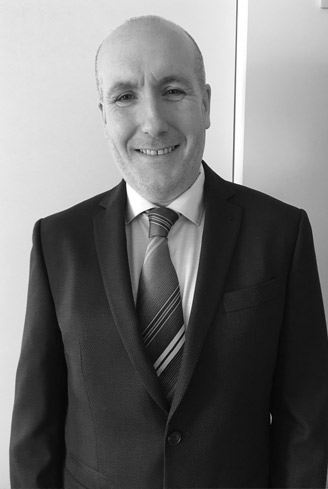 The road to buyout – an actuarial perspective