Skip to main content
The past few weeks have seen many interesting changes in investment markets as they attempt to find a new level following Brexit. Pension Schemes should take this into account when reviewing their funding and investment strategies. In some cases it may be worthwhile to expedite your investment review, although as pointed out by my colleagues, this will only be in exceptional circumstances as pension scheme investments will be based over a very long horizon. We will look at some of the major changes that have happened to markets since the EU referendum, consider how these will impact Defined Benefit (“DB”) schemes and provide ideas to help manage risks caused by the resulting market volatility over the coming months. The major market where we have seen the impact of Brexit is on currencies. The value of the pound has fallen significantly against other major currencies. As the majority of schemes will be paying out pensions in their own currency, this will be unlikely to affect liabilities. It will have an impact on assets held overseas. These are likely to have risen in value following Brexit as the currency they are held in would have appreciated relative to the pound. The below chart shows how the GBP/USD exchange rate has moved before and after Brexit.

Going forward, Sterling exchange rates are likely to remain volatile as the EU exit negotiations unfold and as a result Scheme’s may wish to put a currency hedge in place to manage this risk. UK equities suffered a sharp fall as markets opened following the referendum. This was quickly recovered over the following few days and equities have continued to perform quite strongly since. The below chart shows the movement in the FTSE All-Share index over the last 3 months.

There are opportunities available to make strong returns on equities and so it will be useful to monitor the performance of your active equity manager to ensure they are taking advantage of the available opportunities and hopefully avoiding the pitfalls as best as possible. Gilt rates have fallen substantially in the aftermath of Brexit and have remained low even following the downgrading of the UK’s credit rating by S&P and Fitch. Falling long term gilt yields will cause pension scheme liabilities to rise. The below chart shows how 10 & 20 year gilt yields have fallen to record lows since the result of the EU referendum.

The Bank of England moved to cut its base rate to a record low of 0.25% p.a. on Thursday 4th August; this led to a further fall in the yield curve of about 0.15% across all durations. Index Linked Gilts have also followed this pattern and have been one of the strongest performing asset classes since Brexit. Whilst it may be too late to take advantage of these returns, holding index linked gilts appears worthwhile at least in the short term as the Bank of England’s quantitative easing measures put upwards pressure on inflation. We are now in a period of unprecedented low yields that are causing pension scheme liabilities to rise. With rising liabilities it may be worth either considering options such as Liability Driven Investment so as the schemes investments match the rising liabilities. It may also be worth considering what liability management options are available at this time. However, with such low gilt yields, there may not be much room left for them to fall and it could be too late to move to protect against falling yields. Forecast Inflation over the long term has stayed comparatively stable compared to gilt yields. Interestingly, there has been no significant reaction to the news of the cut to the base rate and further plans for quantitative easing. The below chart shows how implied inflation from the real and nominal Bank of England spot rates have moved over the past 3 months.

Over the longer term, inflation forecasts haven’t been very sensitive to market developments following Brexit. Over the short term, news of further Quantitative Easing by the Bank of England has fuelled higher expectations of inflation. As previously mentioned, short term measures to protect against inflation may be worthwhile and index-linked gilts or LDI solutions appear to be the most effective way to provide this protection. Insurance companies will base their annuity terms on available gilt yields. Falling yields have meant that the cost of purchasing annuities will have risen significantly. Not good news for sponsor’s planning. The chart below shows the extent that buyout deficits could have risen by for a typical Scheme over the past few months. The extent of the rise in buyout deficits will depend largely on the scheme’s investment strategy and whether they have protection against falling gilt yields. The chart below shows the movement of assets and the buyout liability for a typical scheme over the past few months.

Any scheme targeting buyout in the near future will have wanted to have hedged funding levels for quite some time and shouldn’t have been materially affected by market movements. Schemes targeting buyout over the longer term may wish to take stock and review their investment strategy to ensure that it remains appropriate. As part of this it will be important to consider setting trigger points remove risk from the strategy at certain points and help lock in any funding gains. As ever it remains important to diversify your fund and there are many asset classes available outside of equities to help achieve growth in your fund. Property has performed quite poorly since Brexit. Hedge funds and commodities have seen returns but not to the same extent as gilts and overseas equities. Large proportions of the returns seen in these asset classes since Brexit have resulted from the devaluation of the pound. This is a valuable time to review your growth portfolio and ensure it is well diversified so as to avoid concentration risks especially in this volatile environment. Conclusion Markets like certainty; currently there remains a lot of uncertainty around Britain’s exit from the EU. When will Article 50 be triggered? Who will be negotiating the exit terms? What trade agreements can be arranged to replace those currently arranged by the EU? With this uncertainty, it is vital for trustees and sponsors to examine their investment strategy and ensure that it is robust enough to deal with the current volatility in the markets. In particular it may be worthwhile to consider LDI options to protect against upward pressure on liabilities caused by low gilt yields, however, with gilt yields so low the benefit from this may be limited. Will we remain in a low yield environment, or even venture into a negative yield environment similar to Japan? 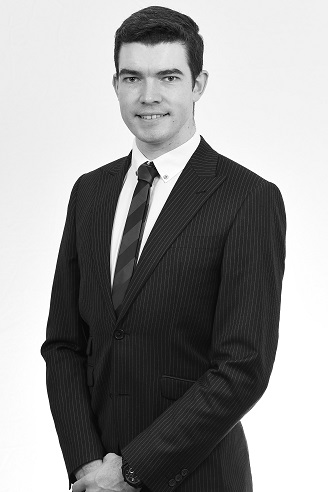